I got lazy over the summer.

It was hot, the World Cup was on and I was more interested in watching football after work than going running.

It didn’t take me long to realise that the lack of exercise and abundance of beer and general merriment was taking it’s toll on me.

Pre #WC2014 I was running fairly often; We Own The Night, Hackney Half, Liverpool Roll n Roll Half Marathon, plus training for each run in between. I got down to my lightest weight since I was 18 and things were looking good.

I joined PavementBound with the idea to finally have a running crew and centralized hub to share all things, well, running, but never got round to getting out there too much with nothing in sight to train for.

This week, I had it in my mind that I’d get out there and went for a little 5K on my own. I listened to Shake It Off the whole way round and enjoyed the cool, crisp Amsterdam air along the Amstel but managed to hit a few pungent ganja clouds the further Oost I headed.

It was nice to be back out (ganja clouds aside) but I have to admit, even after a fairly short run, I was a bit farabucked.

Tonight I just got back from the first TRVCK session with two other members of PavementBound – JonnyDiscoBalls and LausMuzz. I did find it tough (still feel a bit sick tbh) and no doubt tomorrow I’ll find it even tougher but I really enjoyed it.

We did some warmups, ran a few times round the track, then did 5 x 200m Sprints, then twice round the track again. I think I only managed it round the track one last time and had to give in before I took the knock. But I’m so pleased I got back out there.

At the moment, I’m not training for anything, but just trying to push myself to run as I know it’ll get easier the more often I do it, even if it is for a couple of KM each time, so that’s why my take on PavementBound isn’t technical clothing reviews, or inspiring stories about running marathons, it’s about one girl’s attempt to get #backtorunning. 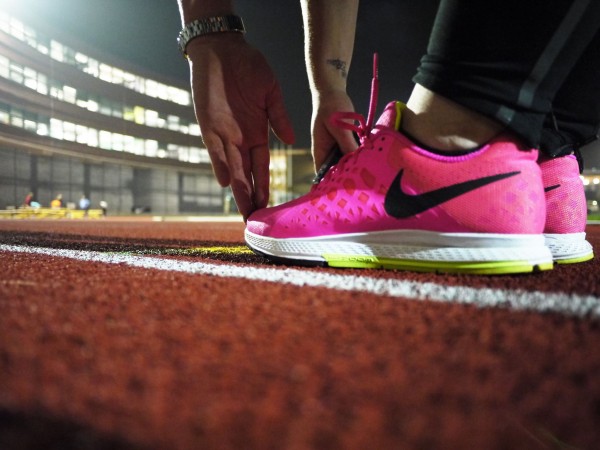