Home / News / Health / Losing the Will and Gaining It Again

This was going to be a post on running the NYC Marathon. I feel that’s all I’ve talked about, read about and lived for the last four months however.

What has been more interesting is the fall out post marathon – the immediate aches, the emotional grappling, the shift in gears and focus, and a burning question of – without the marathon as my goal, what next. 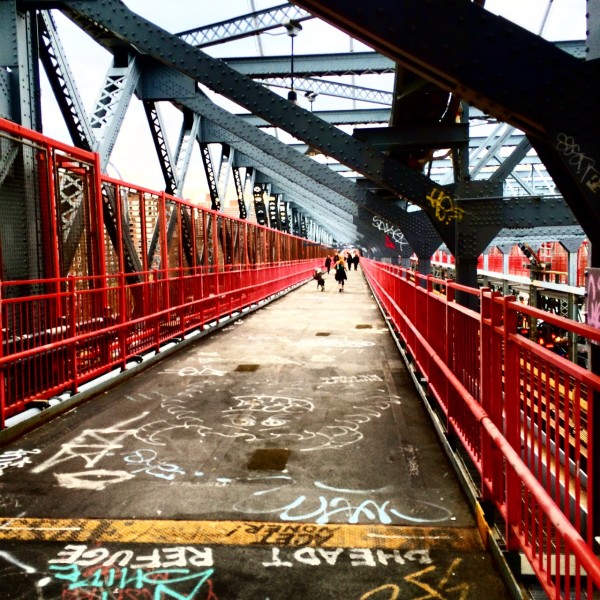 In the moment, initial reaction after a first marathon run time of 3hrs 45 minutes, 08 seconds – I am never, ever doing this again. A few miles after mid point, lets say mile 16, I felt like something popped in my hip (It actually didn’t), but a tendency for hypochondria led to a little snowball of anxiety and paved the way for a difficult second half.

Interestingly, I read a book in the month leading to the marathon, A Race Like No Other, by New York Times writer Liz Robbins, which expertly and nailbitingly documented each mile per chapter; which should have prepared me for that fateful mile 16. The approach, entry and monotony of the length of the Queensboro Bridge from Queens to Manhattan was NOT fun. I remember glowering at my running mate, who turned to me at one point with the calming words ‘Come on! It’s all in your head’, at which I may have retorted, ‘No it’s not, it’s a fucking hill’.

Researching this, ESPN crunch the numbers on race and 16 is resoundingly one of the most difficult.

The post finish, post park walk seems now one of the toughest parts of the day. Watching what looked like the walking wounded trudge a little joylessly out of the park on what turned out to be a really beautiful afternoon felt pretty bitter sweet. And just as each mile from 20 to 25 felt like just clocking off miles until the race became an actual race again, the shuffling between our exit, and back down south to Columbus Circle, watching the street numbers descend before we finally got to leave the area was painful, even more so in the shared collective conscience.

All this melancholia lifted fairly swiftly, once a celebratory ice bath, and an even more celebratory beer or two had been downed.

Next day aches and pains were discussed at length between myself and mate Simon, soles of feet, quads, hips and ankles seemed to get the better of us collectively, but in general dissipated relatively quickly. We laughed of course, that in the tiredness, the talking and the drinking post run, I don’t think either of us had even tried to stretch. Nice work.

So that week of walking awkwardly around the city, even more strangely up and downstairs (try it backwards, uses different muscle groups), then for me, led to a bit of post run ennui, and more importantly, made me question – did I really want to run?

After running four/five days a week for three months or more, not one thing could really make me feel attracted to getting out and beating the path along the river, or getting on the bridges. Not just that I was tired, it had stopped feeling purposeful. And reflecting on that was really interesting.

Does every run need a purpose? How had I felt about running before the marathon training, and would running ever feel the same again?

I’m quite (maybe highly) competitive, and being in the midst of 55,000 people running for each of their own goals, was a really odd experience. Obviously not everyone is running for their best time, or a specific result, but I knew I landed at a place where I wasn’t comfortable. Maybe I hadn’t trained properly, or ran well enough, there were definitely 8000 runners who had run better than me. I’m not suggesting I thought I would become an instant pro that day, but I had 3.30 in mind and for some reason, the fact that 15 minutes evaded me, created a lasting dark cloud over my head.

Added to that, my body felt depleted. I lost a lot of size and muscle training for the marathon and all I wanted to do was get back in the gym and get the running mentality out of my head and physicality. So I have a bit of plan for hibernating at the gym over winter, eating ‘like a fat person’ (as my trainer has suggested) and cutting my running down to one per week for the time being. And trying to find the joy in it again.

This maybe sounds a little melodramatic, but I’m interested in the psychological aspect of why we run, how it feels in the moment and how it feels after what in other terms could be described as a traumatic experience. I had shifted gears in so many ways in the run up to the marathon, socially, at work, training wise and of course, physically, so it is important to recognize the adverse effects of this. I’m interested in where this leads; what I do know is I feel I’m getting more interested in working on my speed and strength with track running above long distance and clocking up miles.

As I write this in New York, I’m getting ready for my Tuesday night run with Orchard Street Runners; it’s 24F outside with winds of 19MPH, and two bridges to cross along the 6 mile route. Totally buzzing about that!