Home / News / Health / A message about miles and motivation 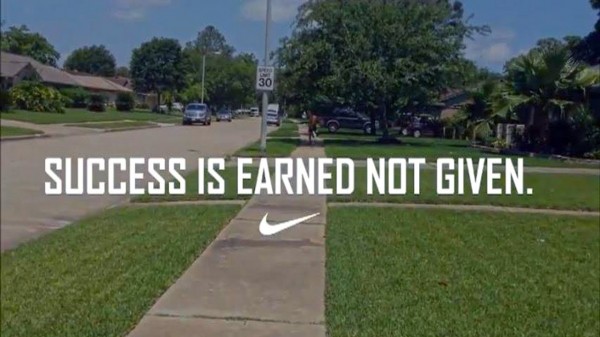 After my run yesterday I updated my dailymile site – think Strava – and noted that I’d hit 4,000 miles of running. I created the account on the day I started running, 18th February 2011. Nearly 4 years ago. Time, thought I, for some reflection as to what running has offered and whether it has changed me. I mean, I’ve quit the ciggies. Lost the weight. Got the medals which have made up for the sore legs. But I’m still doing it? So unless I’m simply a glutton for punishment, it must have had, and be having, some other effect. Been doing some other sort of good? Right?

According to dailymile it’s taken 516 hours to run 0.16 times around Earth. Not quite sure what that means. Or how it’s worked out for that matter. Math has never been an arrow in my quiver. But figuratively as well as literally it’s true that running has taken me around the world. Whenever I have travelled to a race I have always tried to tag on some sort of cultural immersion (well apart from Milton Keynes maybe, no offence to MK but a sightseeing tour of roundabouts and overpasses didn’t appeal). I’ve visited places I never would have previously thought of venturing, Lisbon, Copenhagen… Milton Keynes come to think of it. That’s one of the great things about running. It get’s you out there. Not just of your own front door, but into the world at large. You also realise how running can break down borders and preconceptions. Anyone who has been to a pre-race expo abroad and feels the camaraderie between fellow runners, irrespective of nationality, religion, can vouch for this. So it brings people together and you get to explore the world. But to be fair you maybe don’t have to go running. You could just get an Easyjet and fly to these places rather than endure 26 miles of tarmac when you get there. Sounds a bit silly come to think of it… why else then?

I have apparently burned 116 pounds in 636 workouts. There the sort of numbers I used to find motivational. When I started running. I revelled in documenting how many miles I’d clocked (maybes I still do a bit given numbers prompted this post), how much faster I could go (and actually yeh I still get a kick from personal bests). Similarly it’s true that I did want to tone up some parts of the anatomy which had accumulated mass after several years of partying too hard. I don’t think I was alone in what I thought were the preeminent reasons for my lifestyle change. Erm what’s my point here? A common motivator that people have when starting out is health and image. Which is wholly justified. But now hearing the number of times I’ve laced up sounds a bit weird and probably doesn’t account for the other times I’ve just got out there and run without a watch. On the contrary weight loss and number of workouts isn’t everyones motivation to begin with. And, in fact, I quickly found that it wasn’t my main driver either.

More importantly I got out there. The success wasn’t what the change brought it was that I was able to make the change in the first place. It was psychological. The biggest health benefit running still brings me is psychological; release, clarity of thought. Running is about all sorts of self confidence, not just to do with image and competition. Sure I’ve given up fags and am a bit lighter. But actually what I’ve gained, what I’ve learnt, has been the bigger takeaway. Application, determination, resolve. And in getting ‘out there’, I’ve seen and met other people with their own story. Other runners who inspire by having their own goals and work hard to better themselves for different reasons, their own reasons; after all humans are a sensitive species and can only draw from a certain amount of self fulfilment before we recognise that we also benefit from charity, companionship, support. Running has been the vehicle through which I hear these messages, that commonality.

Speaking of who I’ve run with, from the image used in this post, and the subject matter of others, you’d think I was sponsored by Nike… I’m not. But the crew I run with are supported by them. And I think Nike support them because, believe it or not, they get that running is about something other than looking good whilst pounding pavement, hitting times and winning races. All those things are motivational, sure. But success comes in forms other than medals and numbers. It’s about psychological well being and positivity. Put your mind to something, anything, as running demonstrated for me, and you can ‘earn it’. Running has made me a stronger person mentally and that is why I still run. To be a better person, not just a fitter person.