I crossed the finish line and doubled over. Hands propped me up on red knees, chest heaving. But not for long. I quickly arose, turned around to look at the clock, grimaced, then smiled and went off to identify which of the awaiting volunteers would be awarding me with my much deserved medal. Quick cup of water, stretch the calves and we’re off. Thanks for coming. Time for a beer…

My first encounter with a half marathon (any race in fact – and theoretically one should start with 5k, progress to 10k and end up at 13.1 miles) was the Royal Parks Half Marathon in November 2011 which I ran in a time of 1 hour and 54 minutes. And back then I was pretty pleased, for two reasons. Firstly as the week before the race I had pulled up with a serious injury, patella femoral pain or ‘runner’s knee’ to you and I. On the day I’d strapped up, manned up and run it with a semi-limp for the last 5 miles. The other reason was because I’d only started running in February in 2011 after quitting smoking, too much booze, etc; generally not taking care of myself for a period of time long enough to cause concern as to how much I’d lowered my life expectancy. So on completion I felt a sense of pride that I’d managed this feat of endurance given that previously the most I’d had to endure was seeing how many shots I could drink before I had to go home.

I’ve now run 9 half marathons and by the end of the year that number will hopefully be 11. My best time is now 1h20, a 34 minute improvement on that maiden voyage in London, which I ran at the Vattenfall Half Marathon (Berlin) in March this year. So let’s say that it took me 4 years to get that time or 3.5 years of training to improve on the first. I’ve now entered the International Half Marathon Championships in Cardiff next year – an IAAF recognised event. This should be my 13th half marathon which, all being well, I am hoping to run in closer to 1h15. 13 half marathons in 5 years of running, more participation than any other distance I’ve raced. So, evidently, I’m sold. How so?

See the thing about half marathons is that the effort level is kind of different to that required in other races. It’s not like a 5k or 10k where you are pretty much asking your aerobic system to work to it’s absolute max. And it’s not like a marathon where, without some sort of fuel, you will most likely run out of juice (glycogen) before the finish. This is one of the reasons why the half marathon distance is quickly becoming my favourite running discipline. If you’ve allocated enough time to training (you could probably even train for the distance on as little as 6 weeks if you are at a basic-fair level of fitness) then you’ll get round. Similarly if you are of a good level of physical fitness and dedicated the same amount of time, then you could do quite well on the day barring disaster.Taking into account minute mileage, you will likely be running somewhere around 30 seconds a mile faster than the marathon, but 30 seconds slower than you might a shorter distance. Hence the effort level feels somewhere in between a long run and a tempo run. Therefore if you pace yourself properly you can pretty much get in the zone and run at the desired effort level for the duration. This of course is an estimation based in a number of variables but it’s fairly accurate in my experience.

The other thing about half marathons that endear them to me is that you have enough time to soak up the applause! People won’t mind coming out for an hour or two to watch, whereas they might be put off by the prospect of a four hour wait for your arrival (again a generalisation!). You’ll have enough time to take in your whereabouts, the sites and sounds and almost enjoy yourself before a 15 minute window of real effort toward the end of the race. I have also found the majority of half marathons to be flat. I think this is because race organisers have a shorter distance for which to plan a route. I.e. the more miles the greater the chance that the course will encounter some sort of ups and downs. There are several logistical positives here to add to the biological plus points I talked of earlier. To this end here comes point 3, and arguably the most significant benefit. The likelihood is that your body wouldn’t have taken so much of a beating that you can’t find your friends, go for something to eat and still manage to twerk your way through the rest of the evening at the post run party.

So for all of those reasons – pb potential (if planned correctly and barring external factors), effort required, sights and sounds, biological effect (?!) – the half marathon has become my favourite race. One I’d get up early for to travel out of town to. Somewhere fun like Brighton or Bristol. But would also travel hundreds of miles too; Brooklyn or Barcelona. And all of the aforementioned are on the to do list. Speaking of lists, here is a summary of the 9 half marathons I’ve run to date with a rating out of 10. Irrespective please be assured that you’ll enjoy the distance, whether it be your first race, charity fundraiser, a potential pb attempt or training for a longer race like a marathon.

Royal Parks  – 7/10; good scenic route along Thames but too many people and not the most auspicious finish in Hyde Park which is a bit up and down

Lisbon – 9/10; amazing start on the Ponte 25 de Abril overlooking the City, super flat route, can be a late start which will mean heat, no corrals

Copenhagen – 8/10; brilliant atmosphere, well organised, only real detractor is that weather can be variable and couple of cobbled sections

Paris – 7/10; well run race and scenically pleasing, course has a couple of false flats and you’ll either get a partisan ‘OUI!’ or a gallic shrug

Hackney – 7/10; in it’s second year the race take place in the May (formerly June) and has been hot during both incarnations, great crowd (home race!)

And those I’ve now also signed up for:

Oxford – another Vitality organised race (Hackney, Brighton etc) so hoping will be well organised, will run at marathon pace

Copenhagen – see above (the 13th marathon but I’m not counting it as I’m doubling up having already run it once…!)

So that’s it from me on why the Half Marathon is my favourite distance. Please feel free to comment! What is your best distance and why? Do you agree with the ratings above? Are there half marathon races that I haven’t but should be signing up for? 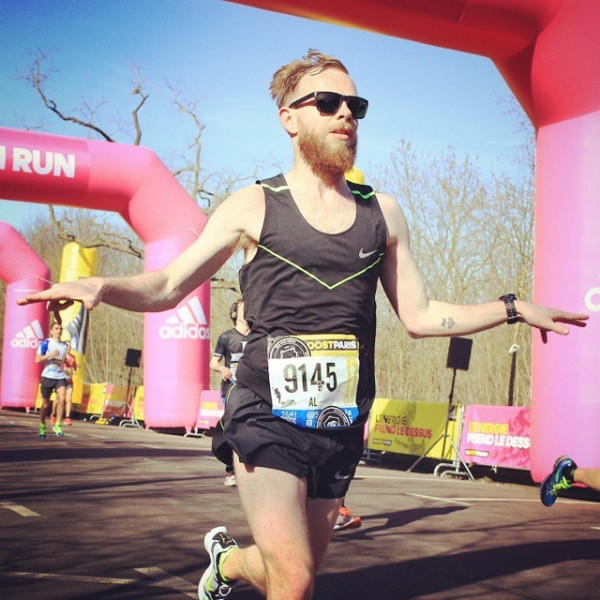