In our continued efforts to shed a little light on the global running community and the bad ass people that make it work, and make the vibes and culture what they are, we broke (digital) bread with co-founder of Berlin’s mighty Run Pack  – Kai Heuser.

We talked about his personal journey as a runner (everyone has one) to the highs and lows of forming a popular crew and the current status of the street running culture we all love.

Take a minute to get to know, he’s one of the nicest guys around.

Hey Kai, Tell the people who you are!

Well, I’m Kai…I was born in Bangkok/Thailand 33 years ago, grew up in the south of Germany and I am now living in Berlin.  I’m spending my days as a Creative Director in an advertising agency. In my spare time I am a travel junkie and outdoor enthusiast. And together with Sven Abraham, Henrik Niehus, Flo Hoffmann, Katharina Hoffmann and Lukas Hartmann I co-founded a running crew in 2013 called Run Pack Berlin.

I was never too much into sports until the last agency I worked for started working for Nike back in 2007. We were involved in projects on the Nike+ account and for some reason I thought I should give it a go myself and since then I’m hooked on running. My first run was not even 3km long but horribly painful. I was still smoking a pack of Camel per day and had a few kilos more at that time. After half a year, I ran my first half marathon. After crossing the finish line that day I was close to dying but also incredibly proud and quit smoking a month later.

The more I ran, the more I found out that running is the perfect way for me to calm down and relax after a busy day at work and to keep myself in shape. With the move to Berlin and by meeting the rest of the Run Pack founders, running became more and more a social thing for me while at the same time I got more and more into running races and challenging myself including my first marathon last year. So let’s see what the future brings.

Before Run Pack, was their a running culture in Berlin?

Yes, sure. A few of us have been running with the Graviteam before, a Nike running crew that vanished about 2 years ago. And there were and are a lot of different running groups in the city, but I wouldn’t call them “crews”.

Berlin is a very unique city, how do you use the city as a training partner?

We start our regular tuesday and thursday runs always in Mitte, right in the heart of Berlin. We use our city as a playground, we never run the same routes, exploring our city every time for something new. The different parts of the city are so different and it’s amazing to experience the various vibes on our runs. On sundays we take advantage of the fantastic green woods around Berlin for long runs, running from there back into the city. In addition to running on a track, we also do something that we call urban intervals. It’s basically the same as a loop on a track, but it’s a loop on the streets around our HQ including an intense hill — every round. 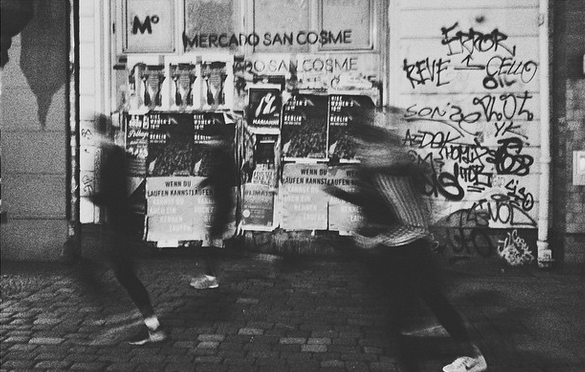 How did Run Pack evolve? Was it difficult to get a regular crowd turning up?

Actually not at all. It all started with a very small group of people, meeting on Sunday afternoons at someones place for a run and to have cake afterwards. After a while some friends joined, then some friends of friends and so on. The more it grew, we had the feeling the whole thing needed a proper name and Run Pack was born. From there it all went super fast thanks to word-of-mouth and some articles in blogs and within 6 months we grew up to 60 people.

After a while we realised that size is not everything and decided to make a cut and not to accept anymore members. One of the most important things for us is that we do not only care about how fast we run, but also a lot with whom we run. We want to be more than an anonymous group of people running together.

Today we count 85 runners in the crew and have grown to a group of friends who run together, party together, travel to races together and hang out together. We are family and friends and in march we just had our 2nd birthday which we completely forgot to celebrate. Yay! 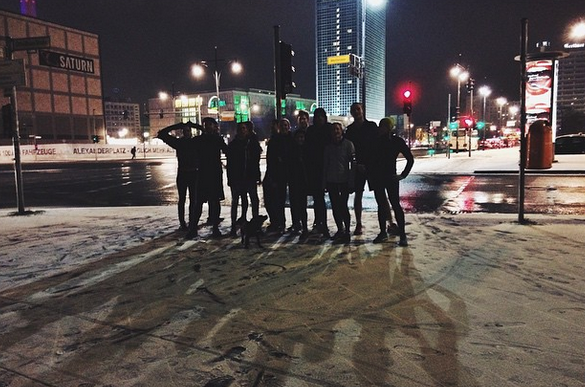 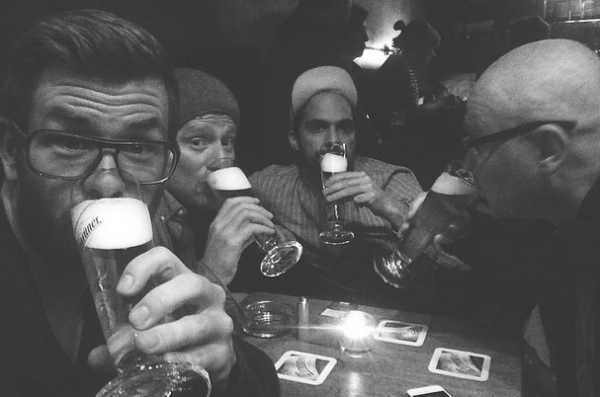 What is the best thing being one of the founders of Run Pack has brought to you?

For me the best thing is that through Run Pack I met an incredible amount of awesome people, within our crew — but also all over the world — that I wouldn’t have met without the group. It’s also great to see how people are pushing and inspiring each other and how lives change sometimes.

The battery of my iphone runs empty at least twice a day on #bridgethegap weekends. 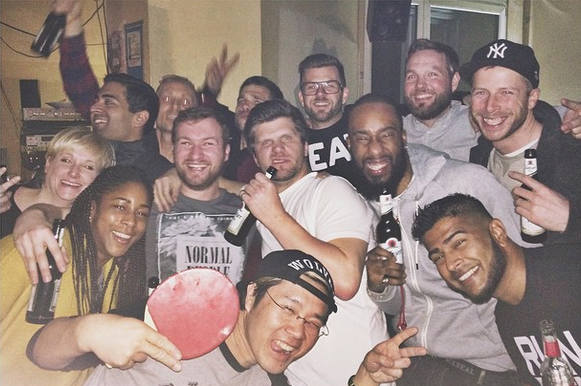 You’re a creative by trade, does this have any impact on the way you approach running and your crew?

As the designer among us founders I take care of most visual things within the pack and I guess my digital background also helps running our social media profiles. Apart from that, I enjoy running like everybody else and I am happy to get my head off advertising and design while I’m on the run.

What I think is interesting, is that more and more crews seem to invent their own competitions and races in addition to the big traditional races such as half marathons and marathons. Like the Midnight Half bay the Orchard Street Runners in New York or the Tram Dash Relay in Hong Kong started by the Hong Kong Harbour Runners.

I think this is a good thing because these are real running events, organized by runners, that still have running as their core and are not about throwing color at each other while doing a 5km run. They add something to running, without losing the core of the sport which is great.

What does BTG mean to you?

For me, BTG is an amazing way to connect with like minded people from all over the world who share the same passion. It’s a great way not only to meet friends, but also to travel to different places, party like there is no tomorrow and always have a place to crash.

For #BTGBLN last weekend we were happy to host people from RDC, NBRO, BURT etc. and we know that people from other crews in other cities will do exactly the same, when we are coming to their cities.

At Run Pack, we have guests running with us from London, Copenhagen, NYC, Amsterdam or Kuala Lumpur almost every week and our people who travel the world for whatever reasons join other crews. That is something special that this international connection enables us to experience. 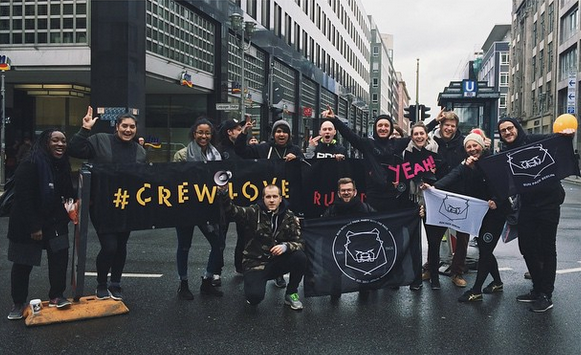 We notice more and more street runners are experimenting with trail running and ultras….what’s your view on this trend?

True. I guess it’s always a matter of contrast. Most of us are living in big cities and most of our runs take place on sometimes pretty busy streets where running sometimes even turns into a hectic jump and run game. So it also feels great to escape this city madness from time to time to enjoy the quietness and peacefulness of nature.

At Run Pack, one of our most favorite routes is a 21-25km run starting outside of Berlin in the forest that then leads back into town. The first half is on small forest trails and goes around a couple of lakes until it reaches the outskirts of Berlin and brings us back into the center. We run this route mainly in the winter on Sundays and it’s the perfect city escape. 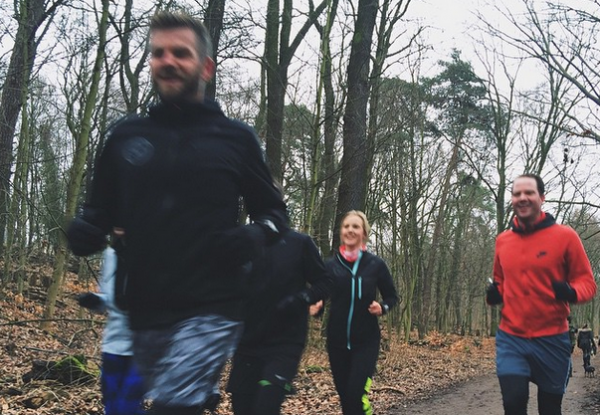 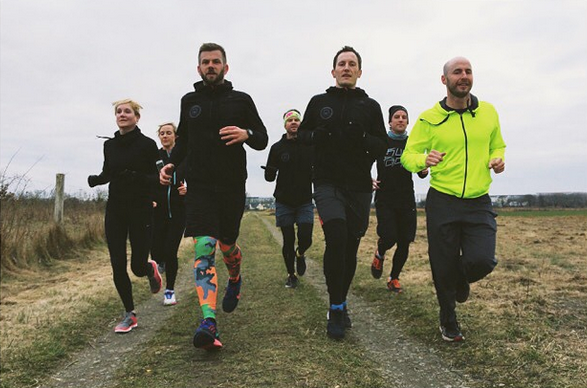 What are your personal running goals for 2015?

My main mission for 2015 is to improve my marathon time. I got infected with the marathon virus after running Berlin Marathon last year and now it’s time to push further. Vienna Marathon in April, Berlin Marathon again in September this year.

Right now I’m still in love with my Garmin GPS watch. Such a handy little gadget helping me to run at a constant pace. 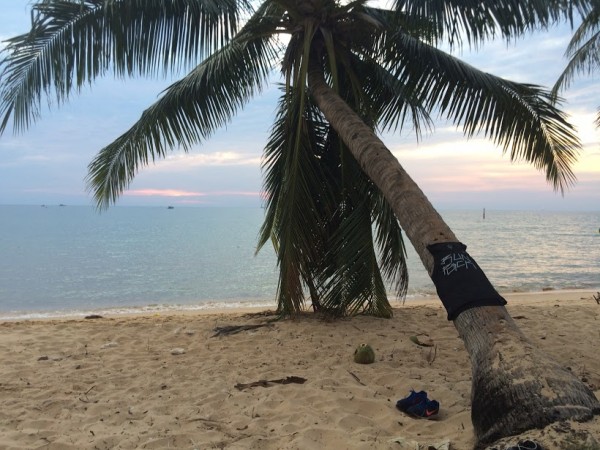