Home / News / Story / getting my stride back.

There are fewer things this Scouse Amsterdammer likes more than the feeling of getting my stride back.

Getting my stride back, is the feeling I get when after a couple of kilometers at a steady pace, I’m still feeling as good as I did when I was stretching outside my house, setting up my Nike+, choosing my music, ready to get back out into the cool air.

Tonight I felt that and it felt so good.

It wasn’t a particularly far run for me tonight, just a little more than 7KM, but not once did I think, “CBA.”

I make up these little rules in my head where I make myself change direction if an obstacle gets in my way. If I see the little man is on red at a pedestrian crossing, I’ll go the opposite way, to make sure I don’t have an excuse to stop.

Things like, make sure you get to the end of this street before the end of this song, don’t slow down until you’ve gone past ten street lights, only stop at the water fountain after going round the park twice in two different ways. You’ve got to be sharp during these runs, because at any moment you could be off in a different way than originally intended.

I found a little set of stairs on the way back to my place and ran up and down them ten times. I probably looked a bit odd, but it felt cool to add this little bit of diversity into an already enjoyable run. (I also felt guilty that I haven’t joined hillsprints since some of the PB crew started doing them in Vondelpark) so wanted to mix it up a little bit.

I love these kinds of runs because you never know where you’re going to end up. There’s no set pathway or direction in mind; you often have to backtrack a little bit and work out where you are, but for me, they’re the kind of runs that keep me on my toes. 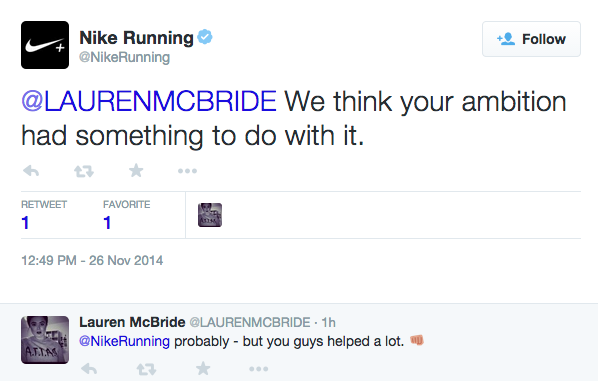