Mike Saes shouldn’t really need any introduction. One of the founding fathers of the BTG movement (alongside co-founder of NYC’s Bridge Runners – Cedric Hernandez).

He basically re-wrote the rule book of what running could and should be, and continues to do so to this day. He’s also one of the nicest and most interesting men you’re ever likely to meet. An hour of listening to his stories of the old New York will paint a vivid picture that leaves you wanting to hang out for ever.

He’s also extremely inspirational, hanging out with Mike in the LES last November was the final push we needed to start the site we’d been dreaming of for the last few months…the antidote to Run Nerds. The Cool Runners World. Not our words, Mike’s. And exactly what we needed to hear. 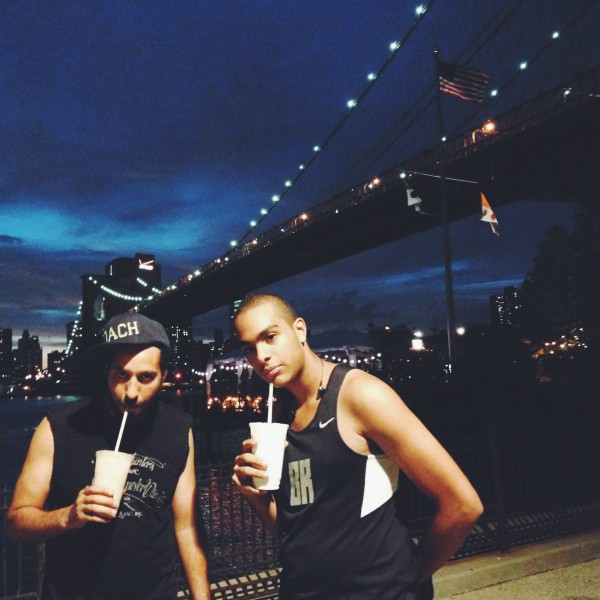 So in case you don’t know…now you do. And you’re about to know ever more…. Lessssgo…. ( majority of photos by Akira Ruiz)

Who are you?
Mike Saes, father of 3, Triple OG, struggling entrepreneur, co-founder of the BRIDGE THE GAP movement.

Everyone has their own unique story about why they first started running, and how those first few KMs turned into a passion. How did this go for you?
My first long run was in 1998, a 5miler at 5am.  I couldn’t catch a cab on 8st and 5th Ave so I chocked up my hightop ACG’s and attempted to make it to 23rd, I still couldn’t get a taxi to stop for me so I set my sites on Forty Deuce. Once I made it to Central Park I pushed the goal a few more times till I reached 105th, then I sprinted home to El Barrio.  I realized then that running was 90% mental and 10% conditioning.  Even now I know my strongest muscle is my BRain and try to strengthen it with every mile, this is why I run. #CantStopWontStop

How did BR start?
I was running BRidges alone when I started reCrewting friends in front of bars around midnight.  They were influenced enough to join me and the rest is history. 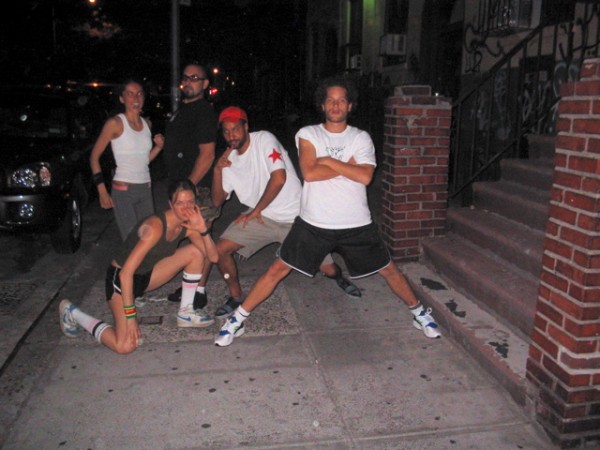 What does BR mean to you personally?
I don’t see BR as your average Crew, I see us as the founders of an All Planet movement and feel our job is to enlighten and inspire other Crews with the blueprint. I see us as the leaders of the movement because we always explore and discover new routes, new challenges and most importantly display Crew Love to new runners every week. I never see other Crews as competition especially when it comes to speed, that’s not our thing, NBRO owns that. Our goal is to create an amazing running experience and nobody does that better than us.

BR started so much good, and changed so many lives globally…have you ever stopped to think about all the lives you’ve directly and indirectly touched?
I hope that future lifestyles will include the BTG philosophy and I’m grateful that dozens of Crews from Parkdale to PRRC have expanded our BRidges in every direction.

NYC is a very unique, and you’re a True Yorker!  How do you make the most of the city as a training partner?
I always look for alleys and hills, we don’t chose a route until the bags and bikes are checked because you never know what’s going on in NYC on a Wednesday.  Even I have learned to #ExpectTheUnexpected.

And how does your own personal creativity add to this, and your running?
People say my routes stem from my past career as a graffiti writer.  I survey the City from a different perspective. #RunYourCity 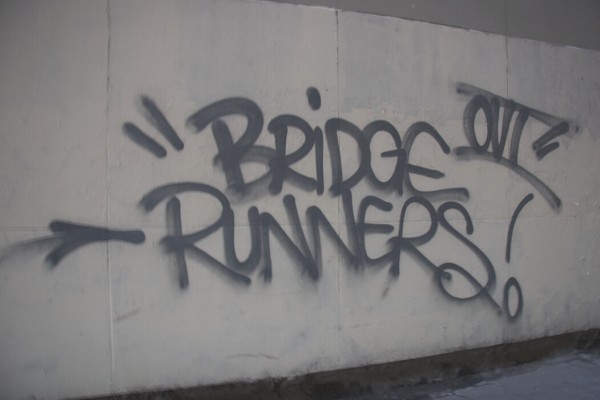 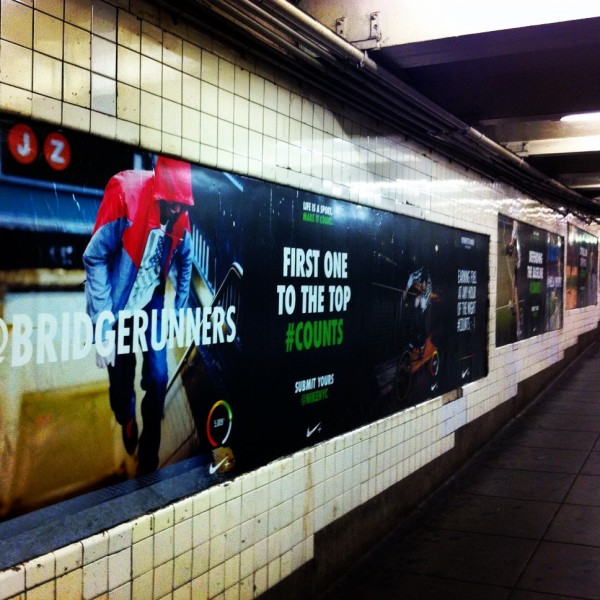 What is the best thing being that starting up BR has brought to you?
I feel like it helps other people meet cool people. I have enough friends cuz I grew up here but some of the more creative and solid peeps I hang and work or hope to work with I met through BR.

And the worst/most challenging?
I get frustrated knowing how big the #BTGmovement could be.
What do you think is the most interesting thing happening in the global street running culture right now?
I think the AirBTG phenomenon is crazy! The fact that we travel based on Crews we want to visit and that our homes our opened to strangers/familia is wild. #HaveKicksWillTravel

What does the idea of BTG mean to you?
It’s a network of the flyest runners and soon to be runners on the Planet. I think it’s the coolest movement since HipHop and skating. The mutual respect x competition, the selfless  pleasure of leading and learning about our Cities.  It’s very cool to compare yourself to the Zulu Nation and DogTown Z-Boys. 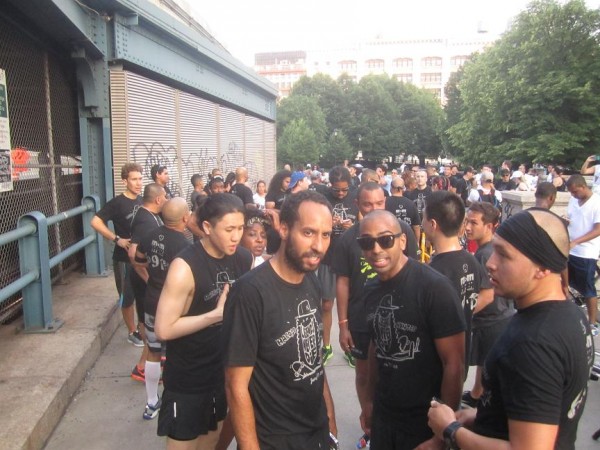 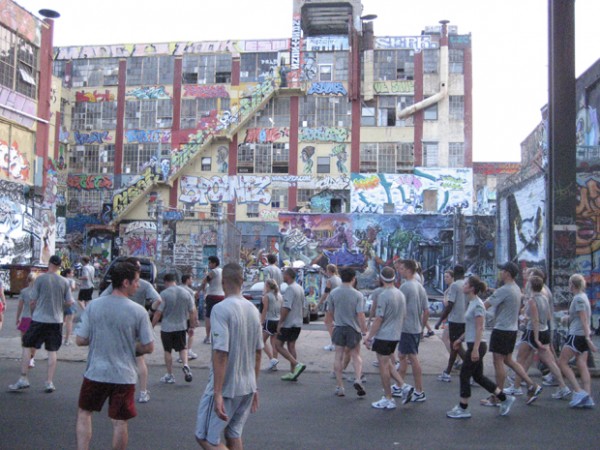 We notice more and more street runners are experimenting with trail running, ultras and other sports, what’s your view on this trend?
I think every runner has their strengths and they should take advantage of them.  If you can do a sub 3 you should, if you enjoy ultras or trails you should run them but if you just wanna run 5miles and have a BRew with new friends theirs a Crew for you as well, if not you should start one.

What are your personal running goals for 2015?
I want to start doing doing a 50k every month, hopefully i’ll start this year.

What’s your favourite running related product or item?
I’m an Ex-Sneaker King so I still get inspired by a fresh pair of Nikes. #Fashion1stSafety2nd 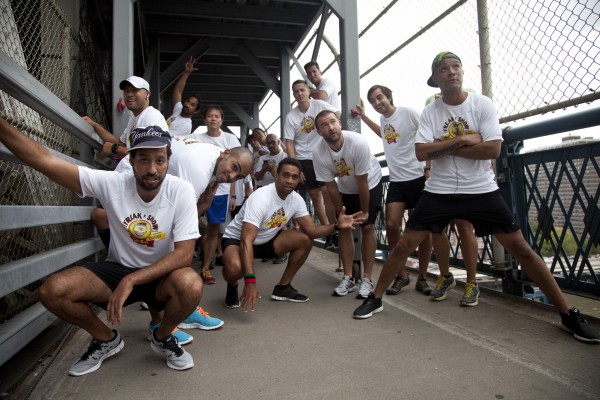