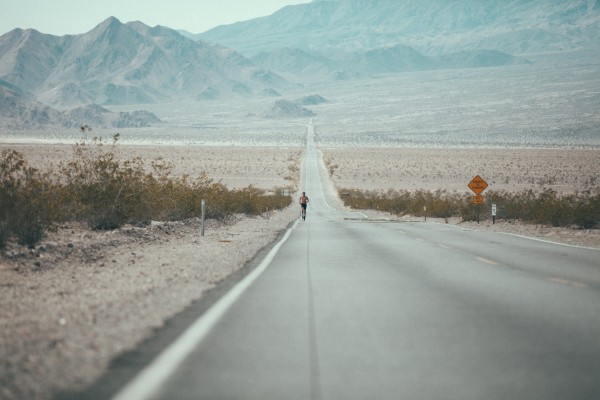 Speed in the Desert

What would make someone run from Santa Monica to Las Vegas? This is a question I’ve asked myself over the past few years and what I’ve come to realize is that there is no “why?”, but rather “who?”. The “who?” is why I originally asked myself this seemingly obscure question, so I’ll start there.

Nils is 35. Born in Germany, raised in France, Africa, Switzerland and Germany. At 19, Nils began organizing raves in the Hamburg area and became quickly well known as one of the team behind Fuck Shop. Look it up. He’s also always been an athlete, although not much in the traditional sense. Surfing, snowboarding, etc. and always running. 8 years ago he ran his first marathon before leaving Germany and heading to the states. Now he holds the great distinction of being one of the fastest guys I know.

Nils and I work together at a creative agency in Portland. One day we were sitting around the office talking about running he causally mentioned that he and a team of five other runners had run from Santa Monica Pier to the Las Vegas Strip without stopping. I was confused. So many questions. Rather than spend the next 4 hours discussing it, Nils pointed me to the Speed Project documentary that was shot during the run. The film is 17 minutes of painful, beautiful, pure human being. Six runners spent 41 consecutive hours running 340 miles on highways and desert trails, blistering and burning in the sun and shivering through the night and at the end of it all, the surreal twinkling lights of the Vegas Strip. Although the film answered some of my questions, it also brought many more to my mind.

As you know, life happens, things get busy and Nils and I never really talked more about the run after that initial conversation. Not until this winter, when he decided to do the run again, this time opening the run to he public and inviting other teams to join him on this journey. This is the story of what has become Speed Project 2.0.

Eight years ago Nils Arend was sitting home alone in Manhattan Beach, California over the winter holiday season. A few days after Christmas a regular running partner called him up and said, “hey, let’s do a cool run”. Over the course of that call they decided to run from Long Beach to Manhattan Beach, a distance of roughly 35 miles, on New Years Eve. A great way to send out the old year and get ready to ring in the new. Traversing the urban landscape of LA’s disparate coast, through Long Beach and up the western edge of Palos Verdes, Redondo Beach, Hermosa Beach and landing at Nils’ house in Manhattan Beach. To cap it off they kicked off their shoes, shared a few beers, looking out at the ocean and promptly fell asleep. No New Years parties that year. Around the same time the next year they decided to top last year’s NYE run by going from Santa Monica to the Hollywood sign. A rigorous romp through the hills and canyons of some of LA’s roughest terrain. Ten miles in they stopped for water at a liquor store, came out with vodka, kept on running and missed the clock striking midnight for the second New Years Eve in a row.

For some time after their second run this duo half-heartedly brainstormed ways to top that run, but it never came to be. Enter Blue Benadum. After finishing the Malibu marathon, Nils ran into Blue, the race’s founder. The two quickly hit it off and began running and surfing together on a regular basis. One afternoon Nils mentioned his unorthodox runs and an idea that had recently come to him; a relay from Los Angeles to Las Vegas. Nils had mentioned this to a few other people, including his former NYE running buddy, but none of them really considered it. To his surprise, Blue didn’t balk. He was in.

From there it was the energy of exploration that carried Nils, Blue and small group of others through vigorous scouting trips deep into the desert to find the right course for the fastest possible route. With each scout cam new challenges and sometimes additional miles. They then began building a team of runners, creatives and support staff to make the journey come to life. At this point, it’s probably better for the reader to go here to watch exactly what transpired over those 2 days in the desert. 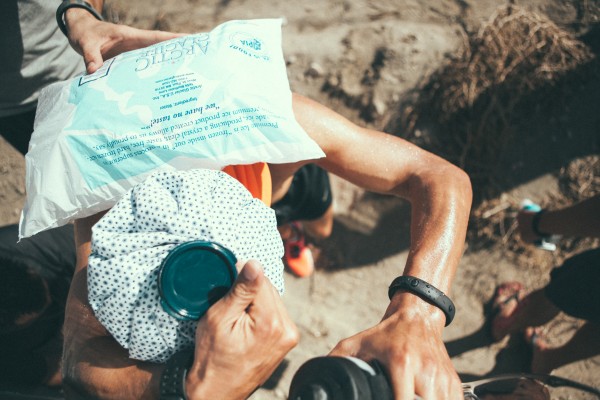 This doc was a labor of love for Nils and his group of friends/collaborators and their labor paid off. The Speed Project doc went on to screen around the world; LA, New York, Portland, Chicago, Toronto, Paris, Copenhagen, Seoul and more. At each stop runners of all levels approached the team and asked if and when the run would happen again. For Nils, it was always more about the “when?” and not the “if?”. Luckily this past winter another friend and runner, Leigh Gerson, ignited the spark to set things in motion. A conversation over coffee in New York, a little bit of encouragement and enthusiasm jump started the project again and Nils was off and running. Three months later, on March 18th, 6 teams with 50 runners will set out to best the inaugural time of 41 hours. This time around they want to break that time. They will push harder and run faster. Fast is the mantra for Nils, Blue, Leigh and 47 other brave, crazy humans. Wish them luck.