It was love at first hang when I first met my friend Charley and he told me the plan for the evening was drinking Miller High Life and fried chicken at Peaches Hot House in Bed Stuy. Charley now lives in Portland, OR with his lovely wife, baby to be, and kick ass puppy Felix. He is now an avid runner and ran the famous Hood 2 Coast last year. Here is Charley’s first contribution to Pavement Bound and his story of how it all began. Thanks BUD! 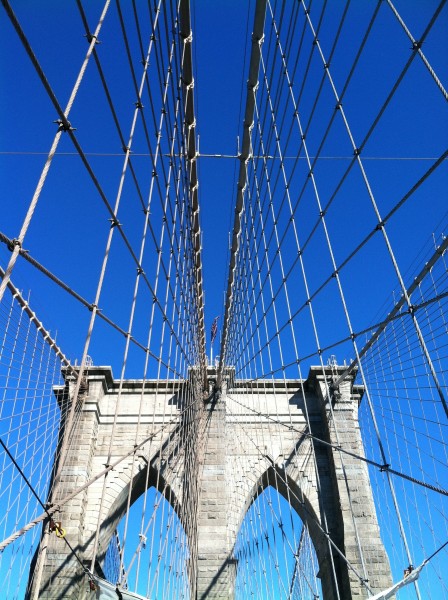 For the first 25 years of my life, running was just part of playing sports. No different than throwing or catching or shooting. It was something I never thought about, but just did. It was as natural as breathing. As I got older, team sports became less and less a part of my life, eventually disappearing altogether. So did the running. It never occurred to me that running was something other than a byproduct of playing sports until it was gone from my life. My stress levels rose, my body deteriorated, my creativity declined and sleep became a battle.

Eight years ago I began running again. It started as most journeys start, at the bottom. I had just torn my hamstring drunkenly sprinting across a field in a race with a slightly overweight yet deceptively fast friend. It felt like a bullet tearing through my leg. Having done this once before, I knew immediately what had happened. My friends helped me hobble to the backstage area where we had been drinking all morning to nurse my leg with whiskey and ginger. A young freelance designer, I had no health insurance and was sure that my years of falling down and picking myself back up would be all that I needed. The next six weeks were spent alone, unemployed, sweating on a couch while my ex-girlfriend made plans to leave our shared apartment and eventually our shared relationship. A narcissist at heart, I had become the poster child for self pity. Not a good look.

As my leg healed, I began riding my bicycle around the park in loops to stretch and re-tear the muscle every day. Although mostly boring and not physically strenuous, there was something to the rhythmic  humdrum monotony that was appealing. At the same time that I was getting my hamstring back in order, some of my friends were taking up running, serious running. Marathons and ultra marathons. This was not appealing to me at the time, but it planted a seed in my brain: when I get healthy, maybe I should try this too. The goal was never to run 10, 15, 20 miles. The goal was to fill a void in my life.

By the time of my first memorable run in Brooklyn, I was living in a $400 bedroom in Greenpoint with two friends and a toilet in the hallway. Life was getting better. Our house was on the end of the earth and I ran down the industrial West Street as far as it went before spitting me out onto Kent Ave. and the rapidly evolving Williamsburg waterfront. That run was hard and hot and filled with exhaust fumes. I have no idea how far or how fast I ran, but I remember the shower after in my toilet-less bathroom and how good that felt. The sore muscles later that night were there, but so was a feeling of accomplishment and something more that I couldn’t explain.

It didn’t happen right away, the urge to run every day. It came slowly. It wasn’t easy. It was a challenge that I could face every day and every day one that I could overcome. It was a feeling of accomplishment that I could hang my hat on, before most of my neighborhood was even awake. Eventually I was hooked. Some days the run was a way to rationalize the 7 beers I wanted to have that evening. Some days an excuse to eat 20 wings. And 7 beers. Running with a hangover was something I learned to love. Regardless of the rationalization, those excuses were never the real hook. It was the chemical release. The antidepressant. The sleep. I am not a scientist or a nutritionist, so I won’t claim to understand exactly what was going on in my body and brain. All I can speak for is my personal experience and the unexplainable feeling (not joy or happiness, something more moderate) that I had every day that I ran.

My daily run began to get longer. And faster. I never took a watch, so I can’t say for sure, but I do know that I was going further and further and still showering and making it to work on time. Life took me from Greenpoint to Crown Heights and eventually to Bed Stuy. Each time I moved it would be months before I found my route. Experimentation led to exploration. This was not limited to geographical exploration. One day I would listen to music. The next day a podcast. The next day nothing. One day I would run in the rain. The next day it would be hot. The next day really hot. The constant was the change and I grew to take comfort in this feeling; like meeting an old friend in a foreign place. Every morning. As I began traveling more for work, I started exploring new cities through runs. Most of the time with no sound. Most of the time getting lost and either running way too far or finding myself back at my hotel having only run a mile and setting out again in the opposite direction. New York, Pittsburgh, New Orleans, San Francisco, LA, Boothbay, Kittanning, Philadelphia. Germany, Mexico, Greece, Sweden, Holland, Italy, France. My runs of have taken me places I never would have gone and put pictures in my head I never would have seen. .

Last year I got married, quit my job and moved across the country to Oregon. Any structure in my life went out the window. I was a mess. I couldn’t sleep because it was too quiet. Couldn’t get used to driving everywhere. Didn’t have a job. Didn’t have many people I could call friend. Didn’t have a routine. I forgot to run. More accurately, the running got lost. I wish I could say that I forgot. In reality, I remembered every day that I wasn’t running and hating myself for it. Each day that passed without a run made it feel the next day’s run even more impossible.

Within a few weeks I remembered what was missing. Yes garbage trucks at 4am and yes the subway and yes work and friends and purpose, but really I missed my daily therapy sessions. The running came back easily. Never very far, faster and faster. I am now running between 4-6 miles every day. I don’t know that because of an app, but because I have a dog at home who will eat the couch if I take any longer than 40 minutes before he gets his first walk.

These days I sleep well, feel good and run pretty fast. In about 4 weeks my wife and I are expecting our first child. I expect to lose sleep and feel like a zombie. I expect that diapers and onesies will make my socks that much harder to find in the laundry. I expect that those 40 minutes of running time will be harder and harder to come by. I expect routine and structure will fly out the window and my runs may happen at 9pm or 4am. I also expect to need my runs more than ever.