In our ongoing series, highlighting some of the most inspiring and interesting characters in the global running community, we sat down with Cory – founder of Track Mafia. Some of you may know him better as Bit Beefy.

His story and dedication to helping others is truly inspirational, and his passion for health and self improvement shines through …even brighter than the most colourful of compression socks and Flyknit combos… he even unknowingly inspired me to keep digging in around my first ever half marathon  in the sweltering heat of Hackney 2 years ago.

Hi Corey, tell the people who your are! 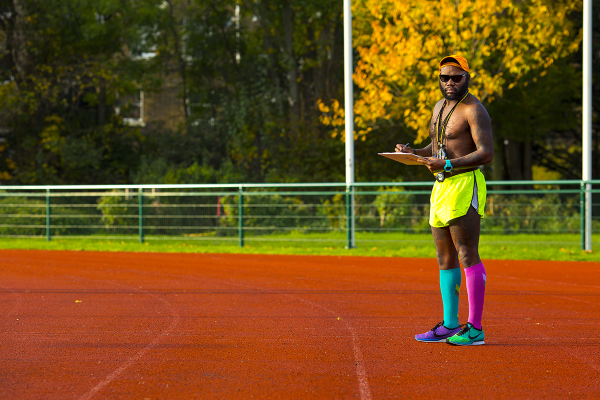 To be honest when I originally started running this was by know means the plan. A friend of mine was running the London Marathon and I went to watch it. The experience inspired me to take up running and after I told friends that my plan was to the run the marathon the following year they laughed. They laughed because I was both overweight and unfit, my diet was terrible and lets just say my lifestyle was not conducive with that of an athlete. I remember my first run like it was yesterday, my plan was to run a mile in a pair of Nike Tennis trainers I had. I barely made it 200metres to the bottom of the road BUT I said, I may not have made it today but I will make it tomorrow and that is what I carry with me into everything. Your success and failures are judged by you not by societies pre defined rules or expectations. Every day I went back and I tried to run a little bit further until I had that mile in the bag. 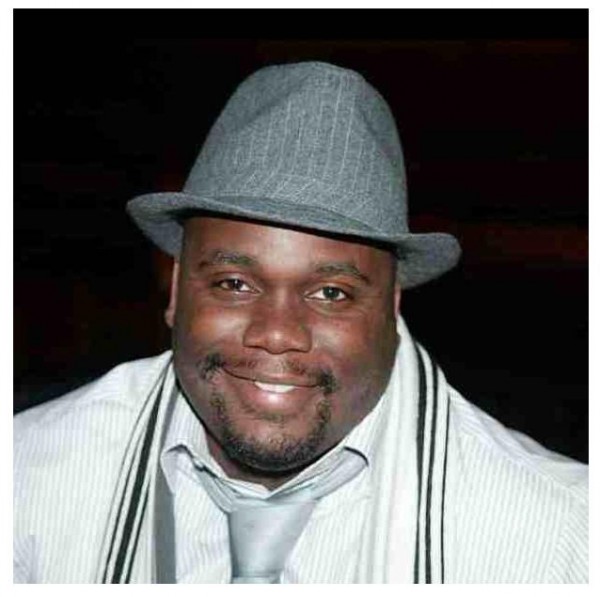 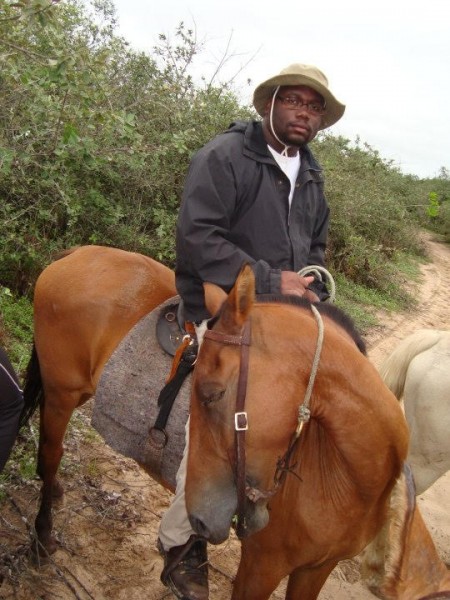 How did your relationship with Run Dem start?

RDC was full and there was a big waiting list of people wanting to join so Charlie was looking at setting up RDC West after meeting two friends of mine Eugene Minogue and Ellie Wood. They were looking for someone charismatic who would deliver the sessions in the RunDem way so I was invited a long to meet with Charlie and also lead the sessions. Part of the arrangement was that if I was going to be running RDC West I would come over to RDC to soak up the vibes and fully embrace the ethos as in order to deliver a session that isn’t just about running you have to first understand the how, the what and the why.

What does Run Dem mean to you personally?

RunDem is everything to me, without RunDem I would not be in the position that I am in now, I would not have grown as a person the way I have, I would not have come into contact with the people I have, I wouldn’t have the girlfriend or the jobs I currently have and I sure as hell would not have had half of the experiences I have been privileged enough to have over the past few years. From afar people presume that RDC is a glorified running club full of hipsters who think they are to cool for school. More often that not these are the people who have never been, the people who because they don’t understand feel the need to attack it. RDC is family with brothers, sisters, nieces, nephews, uncles and aunties spread all over the globe. Because of RunDem I can go to any city in the world and I have a friend to keep me company and couch to rest my wary body. RunDem has given me a chance to share my life, my story with others who I can help that in turn can help me. RunDem keeps me in touch as a lot of these young people that come through the youngers programme most definitely keep me on my toes.

London is a very unique city, how do you make the most of the city as a training partner?

What I like about my city is the fact that you can never see it all, there will always be some nook or cranny that you haven’t been down, some alley you are yet to explore, some traffic lights, a lamppost, an undulation or elevation. The roads in my city are one big track and that’s exactly how I use it. In order to get fitter, faster and stronger you can’t just run at one pace and this is how the city helps you. There will always be a block to jog round, some steps to sprint up, a bridge to fly across and some woods to get lost in. You put those things together you already have a varied plan which will keep you motivated to try harder.

So, how did Track Mafia evolve?

TrackMafia evolved because people evolved. NOTHING from a delivery point of view that Is going on at TrackMafia is any different to what has have been going on for the past 2-3 years. What is different is the way people view speed. They now want to get faster and they realise that in order to do so it’s going to be uncomfortable. What better place to be slightly uncomfortable than a track where you are only ever 400 metres from safety? People are also now starting to understand that if you want to get faster you can’t just run faster. You have to improve your technique; you must be more efficient, more consistent, stronger and more importantly willing to fail. What has evolved is our social media presence and in this day and age its key to success as you could have the greatest session in the world, if no one knows about, who will come?

What is the best thing being that starting up Track Mafia has brought to you?

Friendship and TeamMates. I know that sounds weird and its probably not the answer you were looking for but the relationships that have been forged during this process and the opportunities that have come from us all working together as one have been truly amazing.

Nothing bad has come from TrackMafia, nothing. Challenges I’d say managing big groups trackside, making sure every body has a QUALITY session and getting people to understand the fundamental principles of MADNESS where consistency is key BUT that isn’t a bad thing as that’s the whole point, that’s why they come that’s why I love it. I like it when people ask me something that I don’t know the answer to as it means that I will go and seek out the answer, this means that I have just learnt something new. 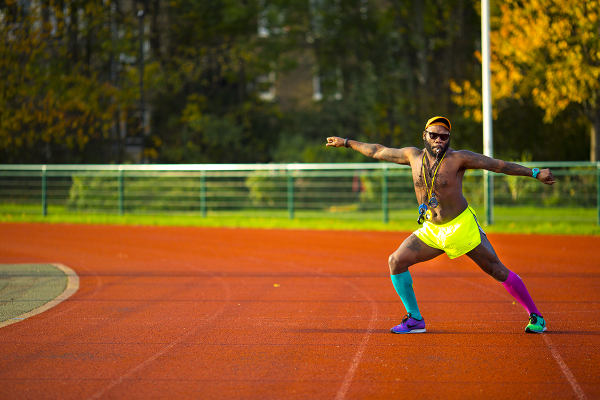 How does your role at Paddington Rec have an impact on the way you approach running and your crew, or vice versa?

I think they both influence each other. I defintley think I bring a lot of the innovation and organisation into both roles especially when planning events and brain storming ideas. What some of us take for granted is how much networking we do without even thinking about it. The contacts that I have made through both Pad Rec and the crew movement have proved invaluable.

It means I have family everywhere in the world. It means that everywhere I go where I have family I get a local experience not one of a tourist, it means that I have a responsibility to treat people in exactly the same way as I would like to be treated when I enter their air space. With love and respect. 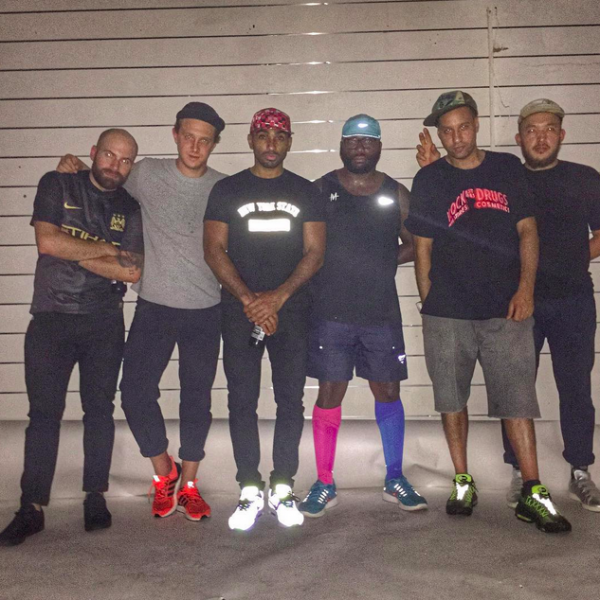 We notice more and more street runners are experimenting with trail running, ultras and other sports, what’s your view on this trend ?- you yourself obviously have a passion for multiple sports.

I think if managed correctly cross training is great as it gives you variety in what you do, it builds a different kind of fitness, more strength, better flexibility and it also allows you to work on your cardio whilst resting those legs. As for trail running its beautiful and takes your mind off the distance that you’re travelling as you don’t really have a point of reference so as has happened to myself, you get lost in the woods. As for Ultras I think its amazing that people who a few years back laughed when you asked them if they’d ever run a half marathon are now signed up to run 100k at a time is a truly amazing thing.

And on that note, what are your personal running goals for 2015?

To run Hood to Coast at the end of August and Toronto Half Marathon.

Probably my running bag as many a day it has saved me on long runs with fuel and dry clothes. 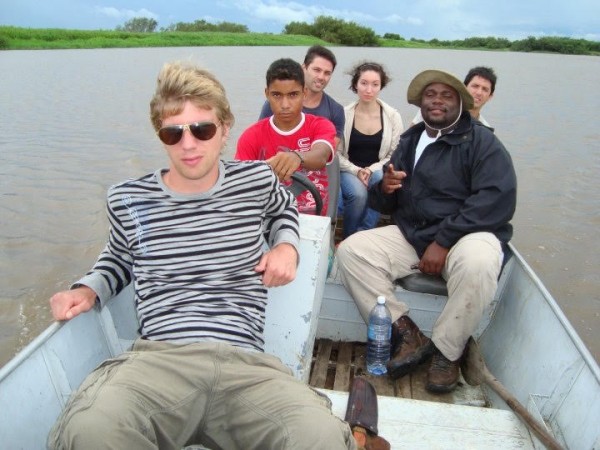